Sunday afternoon, I attended the final weigh-in for the Oh! Boy Oberto Red Fish Cup event. It was held at the Kemah Boardwalk and, after maneuvering through the mass of humanity, I finally arrived on the scene. The weigh-in was supposed to last from 3 until 6, but all of the contestants were in by 3:45 and the event ended at that time.

Several records were set this year, the largest two-day and three-day total weight and the largest payout in event history, a sizable $80,000 in cash. 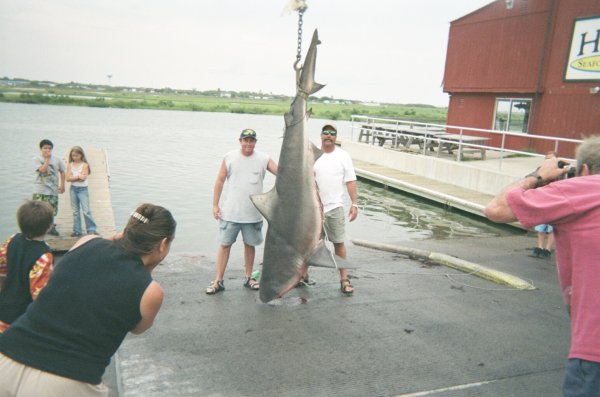 The Galveston area continues to be plagued by a nagging southwest wind. The wind direction and moderate velocity have the surf and shallower bays in poor shape. Throughout the years, we have had spells of this adverse wind during June and July. Hopefully, a weather change will cause the winds to switch to a more southeasterly direction.

The beachfront fishing piers are struggling with the off-color water, with the primary catches being bull reds, sharks, sheepshead, gafftop and the ever-popular hardhead catfish.

Night fishing remains a good choice for anglers geared up to take advantage of the dark. Coe Parker, president of the West End Anglers Club, reported some good results from his members. Cody and Cory Holman of Jamaica Beach found the nighttime productive, as the two anglers landed 6 trout and 2 reds.

Parker, Bailey Campbell and Robby Rice sought gar and shark at night. Nice hook-ups with a 5-foot bull shark and a large alligator gar ended with the big fish winning the battle and going free. The trio of fishermen observed a 4-foot stingray while pursuing the big fish.

One area to escape the effects of the southwest wind is offshore. Unfortunately, though, the velocity is preventing the smaller boats from seeking this alternative.

To get your catch in the Reel Report, phone Capt. Joe Kent at 409-683-5273 or send an e-mail to reel.report(at)galvnews.com. Thereâ€™s no charge for this service.